I didn’t want to weigh down that post with any more pics so I am going to separate the two comparison posts based off that collection.  I would usually wait until someone asked me for the comparison but this time I actually wondered about it while I was swatching so I figured I would do them anyway ;). Let’s go 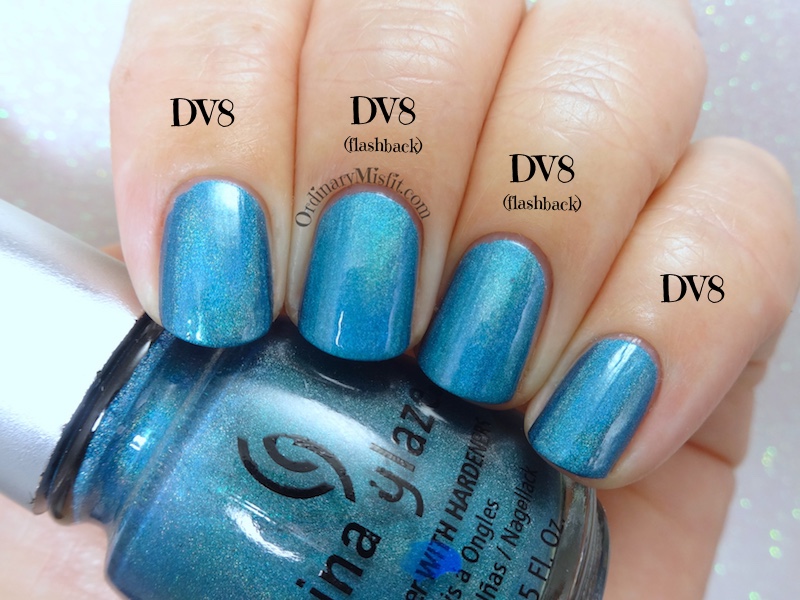 On my pinky and index I have 2 coats of the original DV8 and on why ring and middle finger I have 2 coats of DV8 flashback.  The colour is obviously the same and I can also say they both have the same great formula and opacity. The flashback version has that ‘liquid metal’ feel and the holo is super smooth.  The original version has a slightly more grainy holo look.  I don’t think you need both but it sure doesn’t hurt (mostly so you can save the original version as a keepsake 😉 )

I don’t know if anything I said above makes sense but let me boil it down.  They’re both great with slight differences.  Do you have the original?