Let’s get some stamping done!

This week I actually got some feedback about which colours to use and it was decided on some dark blue shades.  Let’s have a look 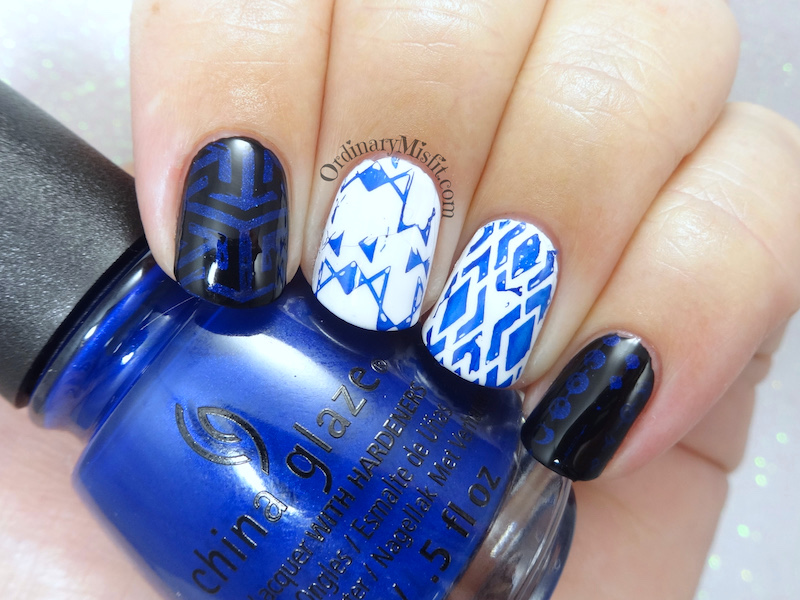 I was really impressed by this one.  I didn’t expect anything on the black but surprisingly, it shows up really nicely on the black and of course, well on the white too. I was surprised that it looks so patchy on the white but that is all my user error and no reflection of the polish.  I think I may have taken a few seconds too long to stamp the image. 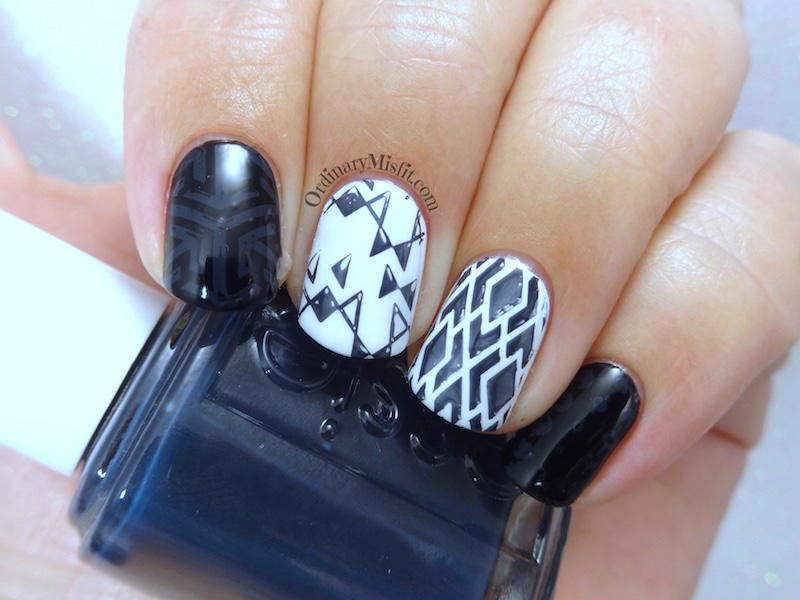 Again I didn’t expect anything on the black but if you look closely you can see it.  It shows up on the white though and stamps well.  I wouldn’t rave about the result on black but it is a very dark polish. It almost looks like it could be black.

Again, not that great on the black but fairs ok on the white.  It stamps well enough but I think it will look better on a lighter blue shade than on the white. 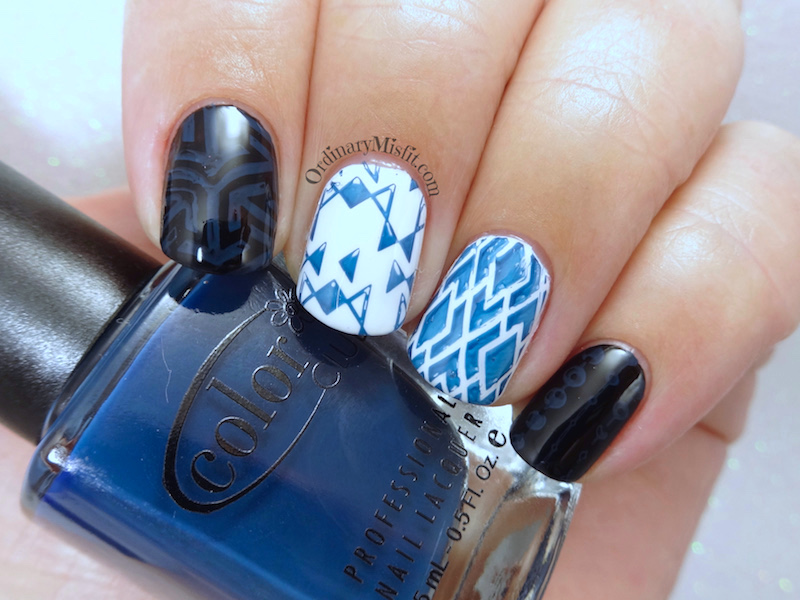 This one fairs better on the black than some of the others but still not the best.  It does well on the white and stamps well enough.  It seems close to the tip top above.

What do you think? Do you have a favourite? Combat blue-ts is definitely my favourite, not just because of how well it does but also because of the shade of blue.  Do you want to see any of them stamped over a specific colour? Do you have an idea for a stamped design you would like me to do?  Do you have any suggestions for changes or additions you would prefer on these posts?   I would love to hear from you.  Or if you want to choose the next 4 polishes let me know.